Greetings, everyone. I'm down in the mean time, was diagnosed with blood complications with a high chance of it being cancerous. Spending time in the hospital as you read this. Watch this space for my re-bound & do keep me in your prayers. Cheers, out!
Posted by subversion.sg at 6:27 PM 14 comments:

Email ThisBlogThis!Share to TwitterShare to FacebookShare to Pinterest
Labels: blood condition, hospital, out

After-market item, seller is asking for $2,200. It's a Gibson Les Paul Deluxe 2015. We know that 2015 is a very difficult year for Gibson with that altered Les Paul script at the headstock & the Tronical auto-tune device that plagues the credibility of the instrument's brand name. Nut material is metal.

Owning a 2015 Gibson is equally very difficult for sellers, there are no fortifying features in the instrument to leverage attraction. The Tronical is the ultimate bane in the instrument. Buyers will stay well away from a 2015 unless there's substantial price reductions with the instrument in very good condition. Can this particular model sell for that asking price?

Unfortunately, these issues here are compounding reasons why we shouldn't pay more than $2K for this guitar:
Dear Gibson 2015 owners, if there's anyone remotely interested in your instrument, please pay close attention to them. More importantly, swallow your pride & accept a 50% consideration in terms of price. Do not propagate the belief that 2015 instruments are collectibles, they are bumps in the manufacturer's retail goodwill & Tronical would tell you Gibson owes them money & had to drag their bums to court for payment (Disclaimer: Issue might have been settled already). Also, the Tronicals would become slow charging over time & they die off faster when in use. I'm not putting anyone down for selling a 2015 Gibson for sky high prices, they have their reasons for doing so. Anyway, Swee Lee is clearing the 2015 Deluxe for $2,561 (look under Hot Deals).
Wishing everyone a good weekend ahead 😎
Posted by subversion.sg at 7:17 AM No comments: 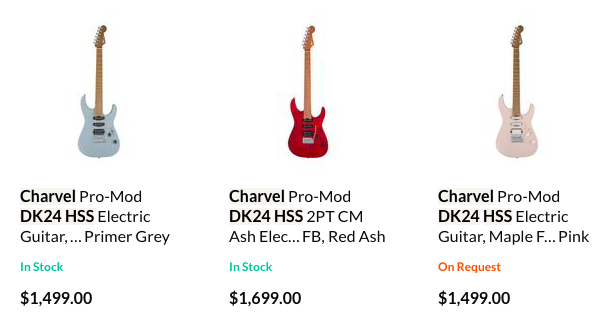 You blink & the price went up. The red one was updated about a week ago, it's the latest in the lineup for $200 more. Is it actually about the exchange rate? Definitely not because other guitars were updated as well & no price hikes were observed. So Charvel would be struck off my year end list. Moving on.
Posted by subversion.sg at 9:05 AM No comments:

I think many of us would be aware by now that the Jiva model has another iteration that is devoid of DiMarzio pickups making it the most affordable in the lineup. I am personally unaware if there is a strong demand for the Jiva but the fact that this version entered the range implies something. Like the JEM Jr. & all other 'entry level' signature models, it offers an affordable connection between the fans & their idols but as time goes by, one would feel the missing links.

Posted by subversion.sg at 6:06 AM No comments:

So I bought this. It's the Edwards E-LPC. It's not an attempt to embrace make believe; it's not a Gibson by any means. The feel is different, especially the neck. I also did not retain the default pickups. Gave it a Duncan JB/ Jazz treatment because that's that's what I want to hear, I do not wish for an LP Custom voicing. OK so it's another black guitar for me, it's forgivable because it's a good one.

The estranged Mini B

Greetings, folks. How's the Monday going so far? I think I'm the very few people out there who likes Monday because I feel good seeing others trying to pick themselves up & limping to work. He, he... Anyway, I've decided to document this here as an attempt to understand the Mini Humbucker (MH) better having heard it in action personally.

Contrary to popular belief, the MH is not as fat-sounding as the standard humbucker. People tend to make this assumption conveniently because the pickup is fundamentally like its bigger brother. When the MH began life in the mid-1950s, we note the popularity of Filter Trons back then. This was the standard &  Gibson's Epiphone division was happy to keep things status quo in terms of dimensions for commercial reasons. The MH differ from the 'Tron because it features only a single row of pole pieces, the other, a blade row which is obscured by the metal cover. The other thing to note is the fewer windings round the bobbin resulting in that signature, bright, under-wound tone. Signature because the tone manifested is in between a P90 & the standard Humbucker. Bottom line - it sounds different. It is also the brightest in this line up so if you think it would push some meat just because it's conceptually a humbucker, it's not like that at all.

After putting the MH through many settings, I am of the opinion that it is the best pickup for extreme fuzz tones. It maintains clarity & definition, something the standard humbucker is very poor at doing. The HM in my LP Deluxe sounds more like an SG than an LP. It's just very bright sounding & in need of more bottom end for many musical applications. However, I embrace this very trebly, piercing tone for black metal. It just screams Dark Throne & Burzum - that angry wasp buzz totally devoid of soulful embrace, damn! OK folks, I'm leaving you here with the live version of Thin Lizzy's Jailbreak where you can hear both the standard humbucker (Brian Robertson, left channel) & mini humbucker (Scott Gorham, right channel), note the sharper tone of the latter:

Posted by subversion.sg at 10:08 AM No comments: 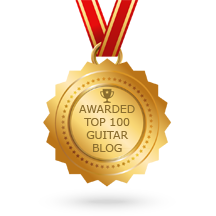 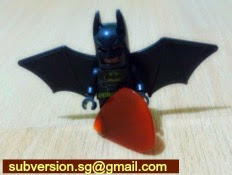